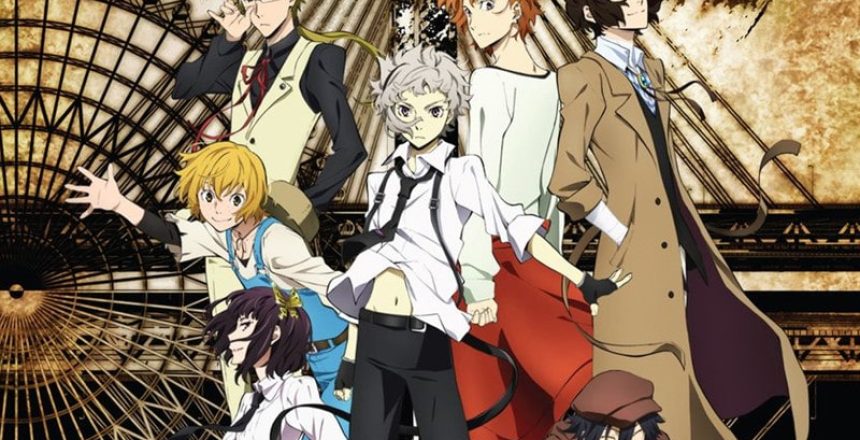 How Many Seasons Does Bungo Stray Dogs Have?

If you love Japanese manga series, then you must have heard about Bungo Stray Dogs — a popular Japanese TV anime series. It is one of the most famous Japanese anime TV series with fans from all over the globe.

If you are a big fan of Japanese animation, you will love every season and episode of Bungo Stray Dogs. But how many seasons does Bungo Stray Dogs have? Continue reading to find out. 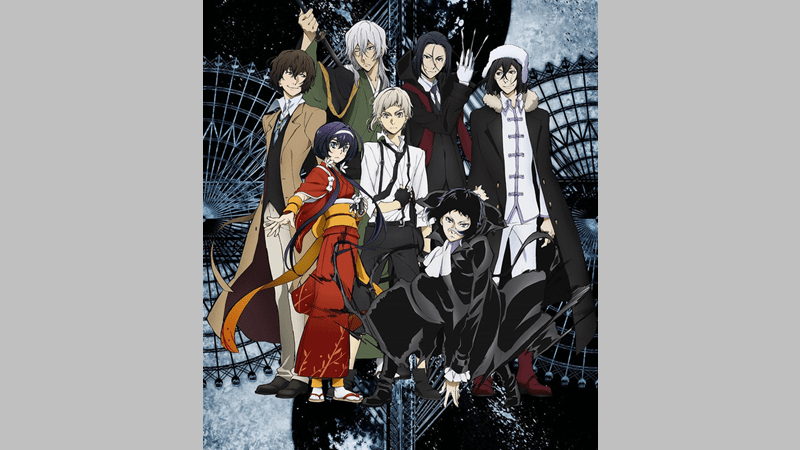 Bungo Stray Dogs is an anime TV series adapted from a popular Japanese manga, Literary Stray Dogs, which was written by Kafka Asagiri. The manga, which was illustrated by Sango Harukawa, was first serialized in Young Ace magazine in 2012.

It tells the story of a group of armed detectives who use their supernatural powers to perform different tasks, such as running businesses, solving mysteries, and carrying out special missions assigned by the mafia.

Since its release in 2016, this TV series, which was directed by Takuya Igarashi, has aired on various television networks including Tokyo MX, TVA, KBS, TVS, CTC, GBS, MTV, SUN, TVQ, BS11, Wowow, and others.

Immediately after coming out of the orphanage, Atsushi accidentally prevents a detective named Osamu Dazai from committing suicide, thinking he was drowning.

After this incident, Atsushi realizes that he has extraordinary powers that can transform him into a berserker white tiger at night. He later learns that the supernatural powers were the main reason why he was tortured and ejected from the orphanage.

Upon realizing that the young man is gifted with extraordinary powers, Dazai recruits him into the agency where he meets other abled detectives and together they embark on a mission to tackle different situations in Yokohama.

The city of Yokohama is teeming with people with supernatural abilities. Unfortunately, not everybody is happy with Atsushi’s abilities. So, he soon becomes the target of the members of the Port Mafia, particularly Ryunosuke Akutagawa, who is a former student of Dazai. There is a bounty on Atsushi’s head in the black market.

As he fights his hunters, Atsushi meets Francis Scott Key Fitzgerald, who is the leader of the Fellowship of the Guild. Francis is the one who put a bounty on Atsushi’s head. He claims that there is a supernatural book that can change reality and is associated with Atsushi’s white tiger. That’s why they want his head.

Francis further ignores any superficial destruction that the Guild might bright upon Yokohama in exchange for the book. So he sends an airship named Moby Dick to extinguish the city. But Atsushi, with the help of Akutagawa, defeats him, almost killing him. Kyoka Izumi, a former member of the mafia, successfully stops Moby Dick.

Another character named Fyodor Dostoyevsky is also looking for the book to erase all the people with supernatural powers. He even arranges a deadly fight between the detectives and the mafia, but the leader of the agency, Natsume Soseki, prevents the fight from happening.

As Atsushi and Akutagawa the person who created the virus, Dazai joins hands with Fitzgerald to arrest Dostoyevsky. However, it later emerges that Dostoyevsky had orchestrated his own arrest so that he could lead his followers. His team together with the government later discovers some pages of the book, which they use to frame the detectives for murder.

Dazai is jailed together with Dostoyevsky and the government sends a special military unit called the Hunting Dogs to kill all members of the agency. But the agency joins hands with Fitzgerald and the mafia in exchange for one of their members. During the fight, they discover that there is another person above Dostoyevsky and he must be eliminated.

In one encounter with Sigma, an ally of Fyodor, Atsushi learns that the Decay of Angels is led by a man codenamed Kamui. The agency is later brought together by Ranpo Edogawa who proves their innocence. He also uses his supernatural powers to reveal Kamui’s real identity: Ochi Fukuchi. Fukuchi is the leader of the Hunting Fogs.

Once he realizes that his identity has been revealed, Fukuchi tries to eliminate Ranpo, but Atsushi stops him. However, Fukuchi proves dangerous as he defeats Atsushi and Akutagawa. In the end, Akutagawa sacrifices himself to allow Atsushi to escape.

How Many Seasons Does Bungo Stray Dogs Have? 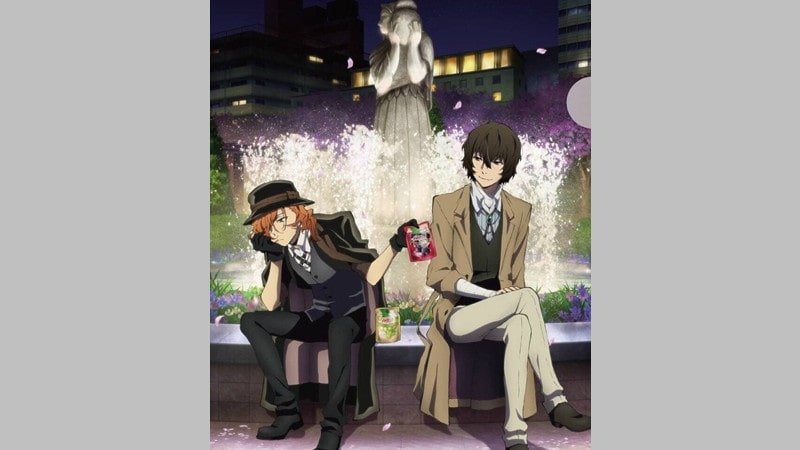 The anime TV series was split into two parts, with the first half containing 12 episodes. The first part of the show aired between April and June 2016. It aired on many Japanese TV networks, including Tokyo MX, Teletama, Chiba TV, tvk, GBS, Mie TV, SUN, TVQ Kyushu, and BS11. The second part of the show also had 12 episodes. It aired on the same TV networks between October and December 2016.

On 21 July 2018, Bones Studio announced that they would be releasing the third season of the series soon. The cast and members of staff would recap their roles from the earlier two seasons.

On 12 April 2019, the third season of Bungo Stray Dogs was released and continued to air on Tokyo MX, TVA, KBS, SUN, BS11, and Wowow until 28 June 2019. The third season’s opening song, “Setsuna no Ai” was performed by Granrodeo.

In June 2020, Kadokawa announced the production of an anime television series version of the sequel manga, Bungo Stray Dogs Wan! Satonobu Kikuchi directed the series, with Kazuyuki Fudeyasu taking care of the series composition, and Hiromi Daimi designing the characters. Bones and Nomad handled the production. The main cast members reprised their roles in the original series.

The sequel aired on Tokyo MX, BS11, MBS, Wowow from January 13 to March 31, 202. This one also had 12 episodes. However, it is important to note that this was not the fourth season of the original TV anime series, Bungo Stray Dogs.

What About the Fourth Season? 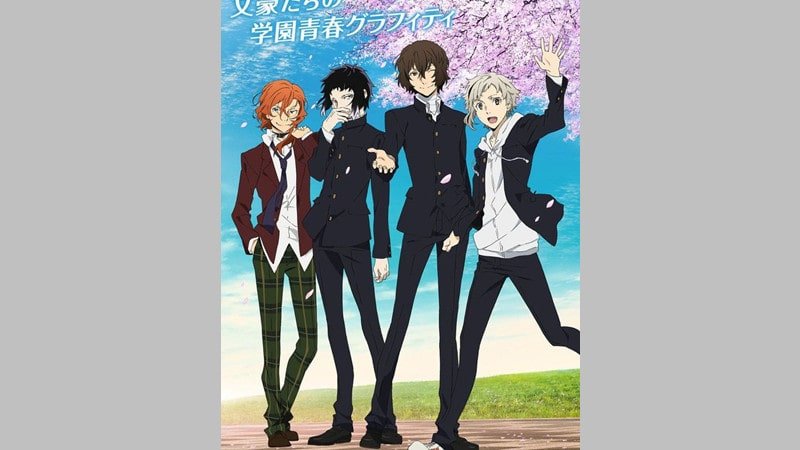 So far, no official announcement for the fourth season of Bungo Stray Dogs has been made. But considering how successful the first three seasons have been, it is safe to say that the fourth season might be out sooner than you expect. But it has been widely suggested that the final season could be the final one.

Therefore, it is too early to rule out the possibility of a fourth season, bearing in mind that the third season took almost three years to be released. If they follow this trend, then you might have to wait for a long time to enjoy the fourth episode. But if they will change the trend, perhaps the season will be out before the end of 2021 or at the beginning of 2022.

But since no official communication has been made regarding the fourth season, you need to bear in mind the fact that these are just speculations. Nevertheless, keep your eyes open and watch this space for updates.

Does Bungo Stray Dogs Have a Movie? 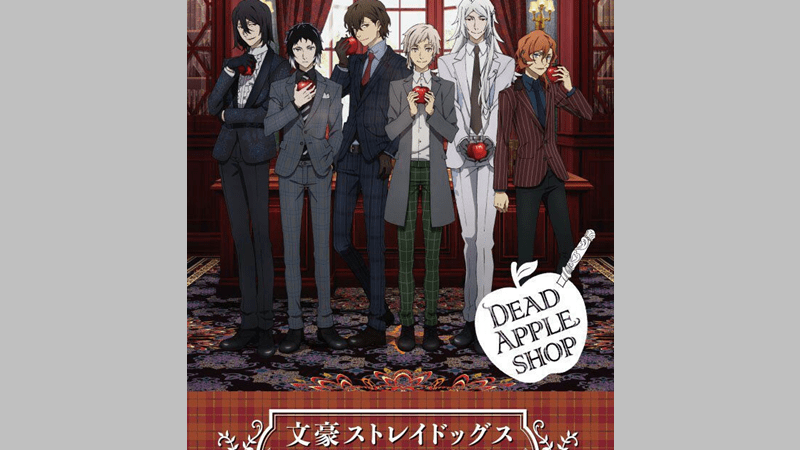 The production team wanted to create a more profound storyline that was loosely based on the real Tatsuhiko Shibusawa while matching the effect of the roles of the movie’s characters, particularly Atsushi and Chūya Nakahara. Granrodeo, Screen Mode, and Luck Life provided the theme songs for the film. A two-volume manga version of the film was released in Japan, and two light novels were written to support the film.

If you were wondering: How many seasons does Bungo Stray Dogs have? This article has answered you in detail. Therefore, you should be able to watch all the seasons and episodes of this great anime TV series in the order of release, making sure you do not miss a single incident. 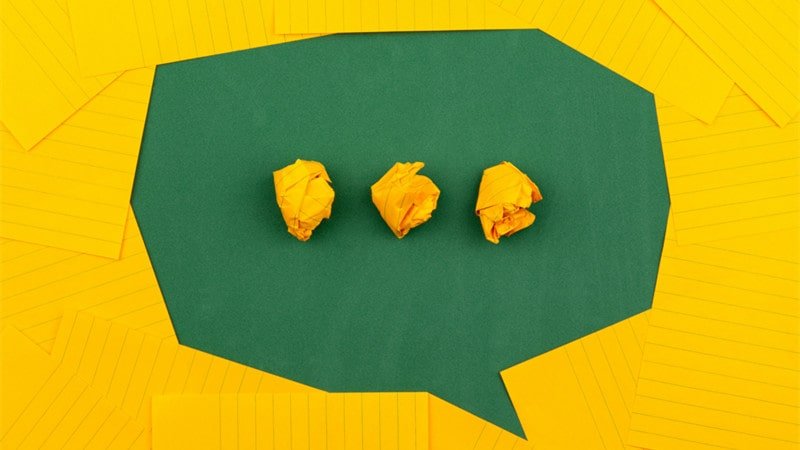 Group chats are the best way to stay connected to the social groups you’re in. If you’ve recently started a... 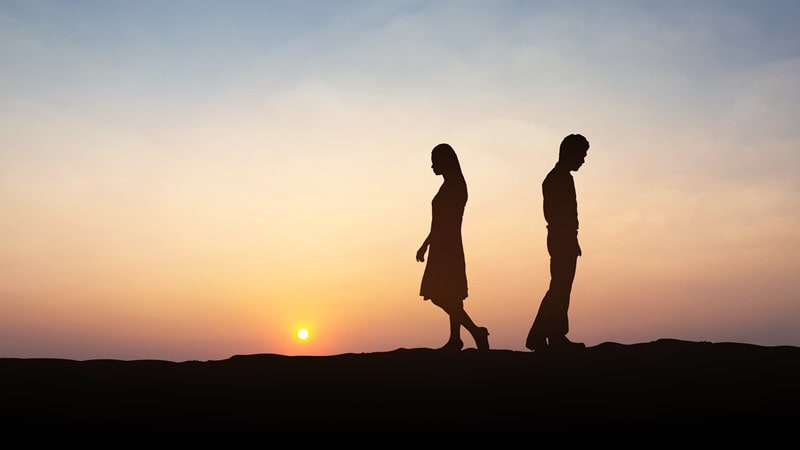 When you’re in a relationship, it’s easy to have difficulty figuring out the actions of your partner. Both men and...

Read More
October 13, 2022
PrevPreviousHow to Make a Guy Miss You and Want You More
NextAnimal Anatomy: An Introduction to the Dolphin VaginaNext
Menu