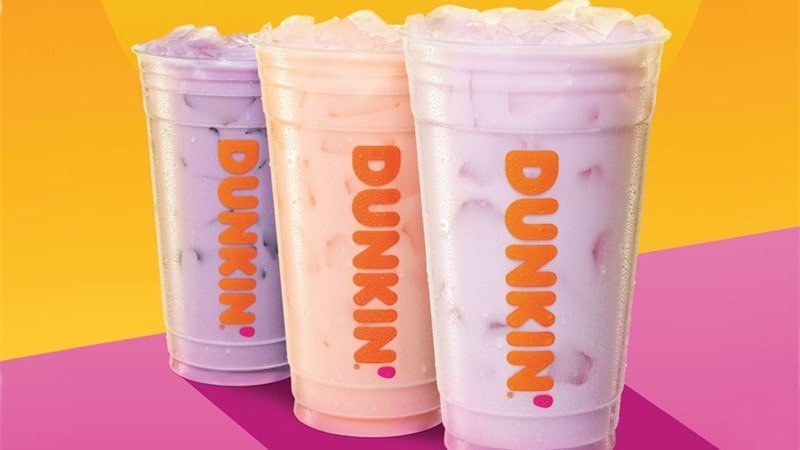 Coffee Q&A: What Kind of Cream Does Dunkin Donuts Use?

When trying out different coffee brands, you might have noticed that Dunkin Donuts makes a particularly delicious type. Their coffee is rich and creamy, with a unique taste that may seem hard to emulate. Surely they use some secret ingredient to make it so tasty!

But in reality, there is no secret ingredient — what gives their coffee its texture and richness is the cream. And what kind of cream does Dunkin Donuts use? Read on, and you’ll find out!

What Kind of Cream Does Dunkin Donuts Use? 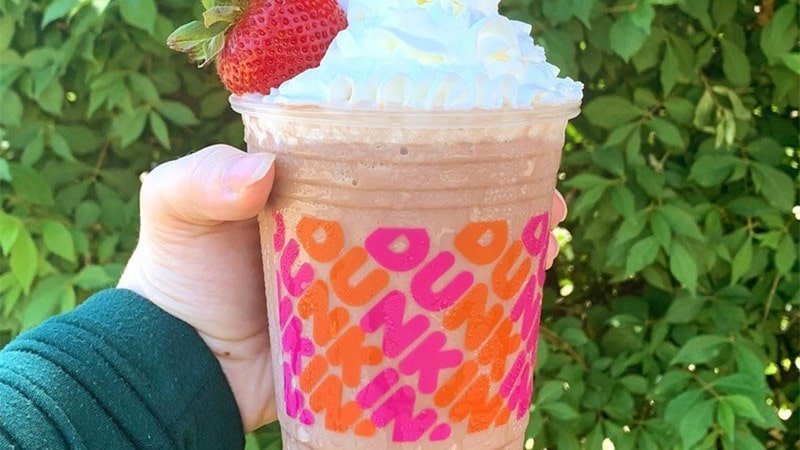 Normally, the cream you buy and use to make coffee is 50% whole milk and 50% heavy cream. This cream, also known as half-and-half cream, is also used in cafes and restaurants. But that’s not the kind that Dunkin Donuts uses.

Instead, coffee in Dunkin Donuts contains the so-called light cream, with 66% heavy cream and 33% milk. Since this cream is thicker and more concentrated, it ends up having around 18% fat — quite a bit more than the regular kind with its 12%.

Ultimately, it’s that fat that gives the coffee its richness and taste. Just think of whipped cream with its 35-39% fat content — it’s usually delicious. Light cream isn’t quite as rich in fat, but it still has enough to make a difference.

What You Should Remember About Light Cream

As delicious as coffee with light cream is, you need to be careful about how much you drink. Light cream has more fat than the regular kind, so you can quickly exceed the recommended fat intake if you aren’t careful. That, in turn, leads to higher cholesterol and fat buildup in your body. And high cholesterol is one of the biggest risk factors for heart disease.

So keep that in mind as you make your Dunkin’ Donuts coffee, and don’t go overboard!

Where Does Dunkin Donuts Get Their Creamer? 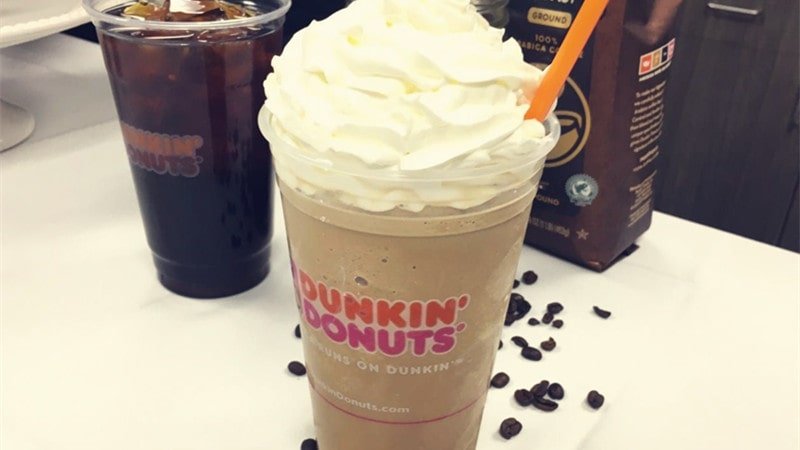 Are you thinking of making the Dunkin Donuts coffee on your own? Now that you know that the only secret ingredient is light cream, you can do that with ease. You only need the same or similar type of cream.

And lucky for you, Dunkin Donuts typically gets their light cream from brands that you can also buy at any local grocery store. The three most common ones include Dairypure, Borden, and Hood. If you want your coffee to taste exactly like the Dunkin Donuts one, add two tablespoons of light cream. For additional sweetness, put in some sugar too.

If there’s no light cream in your area, but you still want to make the Dunkin coffee, buy some heavy cream and dilute it. To do that, mix one part milk with two parts heavy cream and put this mixture in the fridge. Don’t let it stay for too long, though — after a week, it might begin to spoil.

Dunkin Donuts also doesn’t use branded light cream at all times. Sometimes, they make their own by mixing whole milk, skim milk, and heavy cream. The result is still delicious, so don’t worry that your homemade light cream won’t work as well as the grocery store one.

Does Dunkin Donuts Sell Their Creamer in Store? 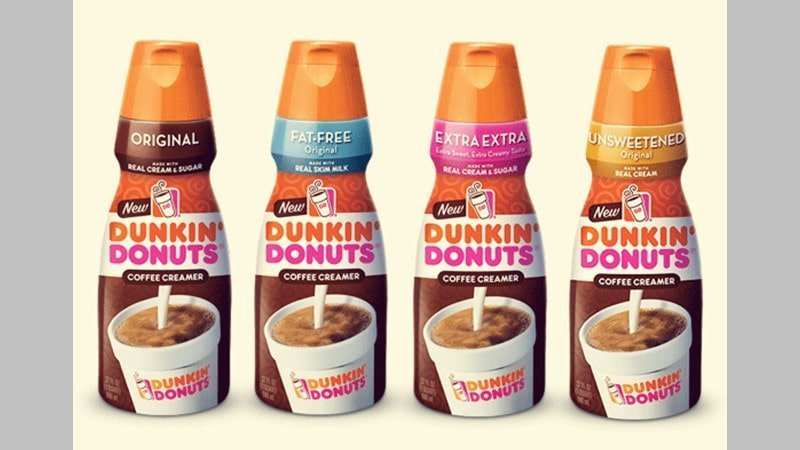 So, now you know what kind of cream Dunkin Donuts uses. And sure, you can find some of the brands in your local grocery shop. But what about the light cream Dunkin Donuts makes in-store? Can you buy that specific creamer, or is the only solution making it on your own?

Luckily, Dunkin Donuts recognized how popular and beloved their creamer is, and at the beginning of 2014, they started selling it in their stores.

At first, the available creamers included only Dunkin Donuts Original, Fat-Free, and Extra Extra. But after a year, they expanded their selection to offer new flavors such as Caramel, Vanilla, and Hazelnut. Now, you can find these creamers in most Dunkin stores, as well as select grocery outlets across the nation.

What’s more, you can use these creamers to make desserts too, not just coffee. On its website, Dunkin Donuts has several excellent recipes that show where else you can use their creamers. Take a look and give some of them a try — you’re sure to find them absolutely delicious!

When trying out different coffee brands, you might have noticed that Dunkin Donuts makes a particularly delicious type. Their coffee...

English is a funny language that you can use in so many ways to create questions that make no sense....